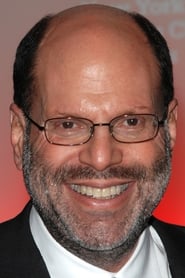 ​American film producer and a theatrical producer started working as an assistant to theater producer Kermit Bloomgarden at the age of sixteen. Later, he worked for producers Robert Whitehead and Emanuel Azenberg. Rudin ended up starting his own company after he took a job as a casting agent In lieu of attending college.  In 1980, Rudin moved to Los Angeles, taking up employment at Edgar J. Scherick Associates, where he served as producer on a variety of films including I'm Dancing as Fast as I Can (1981), the NBC miniseries Little Gloria... Happy at Last (1982) and the Oscar-winning documentary He Makes Me Feel Like Dancin' (1983). Rudin later formed his own business, Scott Rudin Productions. His first film under that banner was Gillian Armstrong's Mrs. Soffel (1984). But, not long after, Rudin joined 20th Century-Fox as an executive producer. At Fox, he met Jonathan Dolgen, a higher-level executive, with whom he would be working once again at Paramount Pictures years later. Rudin swiftly rose through the ranks at Fox and became president of production by 1986 at the age of 29. His stint at the top of Fox was short lived though, and he soon left and entered into a producing deal with Paramount.  Rudin lives in New York City with his longtime boyfriend John Barlow, a Broadway theatre publicist and founding partner of Barlow/Hartman Public Relations.