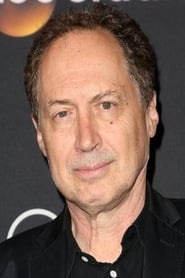 ​Best known for his uniquely innovative sounds and hauntingly beautiful melodies, with scores contributing to many Academy Award winning films, Mark Isham is regarded musically as the inventive, bold master of the written note. Isham is not only recognized as a premier film composer but also a pioneer in electronic music, as well as a preeminent trumpet player. His provocative and melodic sounds have and continue to add drama, pathos and emotional texture to the films his music touches. It is this versatility and passion in creating music along with his dedication that has awarded him some of the highest honors in the music world. Along with his achievements of Grammy, Emmy, and Clio awards, Mark has also received Academy, Grammy and Golden Globe nominations, and most recently received the ASCAP Henry Mancini award for Lifetime Achievement. Film composing for Mark began in 1983. Already an established performer and recording artist by that time, Mark had begun experimenting with electronic music. He circulated a demo CD intending to catch the attention of ECM Records, but fortuitously catching the attention of someone else as well. Director Carroll Ballard was searching for a new sound and came across Mark’s CD. He was impressed by the unique approach and hired Mark to compose Disney’s critically acclaimed NEVER CRY WOLF. From that beginning Mark has gone on to score nearly 100 films to date, including the 2005 Academy Award winner for Best Picture – CRASH.