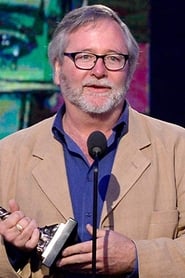 A frequent collaborator with director Steve McQueen for both film and art installation projects, Sean Bobbitt gained international acclaim working with the director on his debut feature, Hunger, starring Michael Fassbender. The film was awarded the Camera d’Or at Cannes and earned Bobbitt a British Independent Film Award (BIFA) for Technical Achievement. Subsequently, he collaborated with McQueen on Shame—which earned Bobbitt another BIFA Award nomination and a European Film Award for Best Cinematography—followed by the critically acclaimed, Academy Award winner, 12 Years a Slave, which garnered award nominations for Best Cinematography from the American Society of Cinematographers (ASC) and the British Academy of Film & Television Arts (BAFTA), and Widows. Bobbitt has also worked frequently with director Michael Winterbottom on films such as Wonderland, Everyday, and The Killer Inside Me. Recent films with other notable directors include Dominic Cooke’s On Chesil Beach and Ironbark; The Rhythm Section with cinematographer-turned-director Reed Morano; David Gordon Green’s Stronger; Mira Nair’s The Queen of Katwe; A Place Beyond the Pines, directed by Derek Cianfrance; Spike Lee’s remake of Oldboy. Bobbitt’s television credits include the award-winning Sense and Sensibility, for which he was nominated for an Emmy Award for Best Cinematography, The Long Firm, which earned a BAFTA nomination for Best Cinematography, The Canterbury Tales, for which he won an RTS Award, and the pilot of HBO’s acclaimed series Game of Thrones. Prior to becoming established in narrative film and television, Bobbitt photographed numerous documentaries and served as a news cameraman around the globe, particularly in areas of social and political unrest in the Middle East, Northern Ireland, Africa, and Asia. A graduate of Santa Clara University (California) and St. George’s College (England), Bobbitt is a native of Texas who splits his time between the United Kingdom, where he resides, and the United States, where he frequently works.