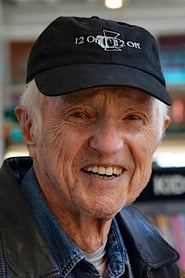 From Wikipedia, the free encyclopedia. Haskell Wexler, A.S.C. (born February 6, 1922 in Chicago, Illinois) is an American cinematographer, and a film producer and director. Wexler was judged to be one of film history's ten most influential cinematographers in a survey of the members of the International Cinematographers Guild. Description above from the Wikipedia article Haskell Wexler, licensed under CC-BY-SA, full list of contributors on Wikipedia.