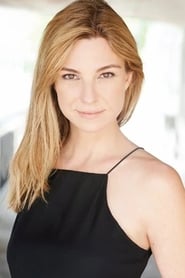 Born Krista Pontes on November 4, 1968 in Ontario, Canada, Krista Bridges began appearing in Canadian-made television in the late 80s, playing largely ornamental figures in series ranging from the syndicated "War of the Worlds" (1988-1990) to the acclaimed sketch comedy series "The Kids in the Hall" (CBC/HBO/CBS, 1988-1995). Her career received a boost in 1992 with a Genie Award nomination for Best Performance by an Actress in a Supporting Role in the independent film "The Shower." Bridges soon returned to steady work on Canadian television and the occasional feature, most notably "Brain Candy" (1996), the bizarre first feature effort by The Kids in the Hall. From 1998 to 2000, she enjoyed a recurring role on the drama "Power Play," about the manager of a fictional National Hockey League team. By the new millennium, Bridges' work was filtering down to American audiences, thanks in part to syndication as well as appearances in features like "Narc" and "Land of the Dead" (2005). In 2010, she appeared in the thriller series "Durham County," which aired in the United States on ION Television. Two years later, she enjoyed one of the biggest years in her long career with a supporting role in the suspense drama "House at the End of the Street," as well as a recurring role on the CBC comedy series "Republic of Doyle" (2010- ). In 2013, she landed a guest role on "Hannibal," which was undoubtedly her most high profile television assignment to date. Yahoo Canada Movies