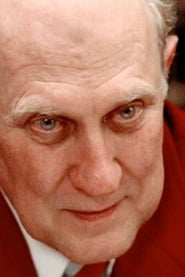 George N. Martin (August 15, 1929 – June 1, 2010) was an American television, stage, and movie actor who is known for his role as the hotel receptionist in Léon: The Professional. A regular at Providence's Trinity Repertory Company, he was nominated for a Tony Award in 1983 for his role in David Hare's Plenty. He was born on August 15, 1929 in New York City, New York.Source: Article "George Martin (American actor)" from Wikipedia in english, licensed under CC-BY-SA 3.0.