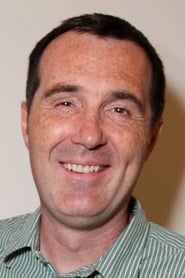 From Wikipedia, the free encyclopedia. Kirk Wise is an American animator, director and producer known for his work at Disney Wise graduated from Palo Alto High School and went on to study character animation at California Institute of the Arts. Wise worked as an animator on The Brave Little Toaster, and Steven Spielberg's Amazing Stories episode "Family Dog". At Disney, he began as an assistant animator on The Great Mouse Detective and Oliver & Company before eventually landing in the story department, where he was reunited with former CalArts classmate Gary Trousdale. After working as storyboard artists on The Rescuers Down Under and The Prince and the Pauper, Wise and Trousdale were responsible for helming the celebrated Beauty and the Beast (1991), the first animated feature to be nominated for an Academy Award for Best Picture. They collaborated on two more features for Disney, The Hunchback of Notre Dame, and Atlantis: The Lost Empire. Wise also directed the English dubb of Hayo Miyazaki's Spirited Away. Description above from the Wikipedia article Kirk Wise, licensed under CC-BY-SA, full list of contributors on Wikipedia.