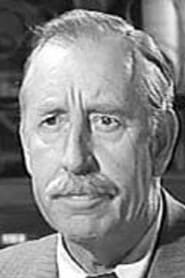 From Wikipedia, the free encyclopediaFrank S. Ferguson (born December 25, 1899, Ferndale, California – died September 12, 1978, Los Angeles) was an American character actor with hundreds of appearances in both film and television.Ferguson's best known role was as the Swedish ranch handyman, Gus Broeberg, on the CBS television series, My Friend Flicka, based on a novel of the same name. He appeared with Gene Evans, Johnny Washbrook and Anita Louise. At this time, Ferguson also portrayed the Calverton veterinarian in the first several seasons of CBS's Lassie.He made his film debut in 1939 in Gambling on the High Seas (released in 1940), and appeared in nearly 200 feature films and hundreds of TV episodes subsequently.Film appearances include: McDougal's House of Horrors (1948), Abbott & Costello Meet Frankenstein (1948), Ma and Pa Kettle at the Fair 1952. Television series appearances include The Pride of the Family, The Andy Griffith Show, Bonanza, Gunsmoke, Peyton Place and Perry Mason.Ferguson died in Los Angeles of cancer on September 12, 1978.