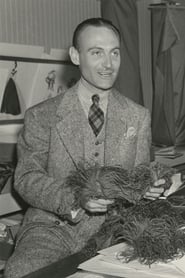 Walter Plunkett (June 5, 1902 – March 8, 1982) was a prolific costume designer who worked on more than 150 projects throughout his career in the Hollywood film industry. Plunkett's first credited work as a costume designer was the 1927 film Hard-Boiled Haggerty. At RKO, he developed a huge costume and wardrobe department that became a major studio asset. Given free rein, he set about creating costumes that rivaled the work of his contemporaries, such as Travis Banton and Adrian. Plunkett's best-known work is featured in two films, Gone with the Wind (1939) and Singin' in the Rain (1952), in which he lampooned his initial style of the Roaring Twenties. In 1951, Plunkett shared an Oscar with Orry-Kelly and Irene Sharaff for An American in Paris.