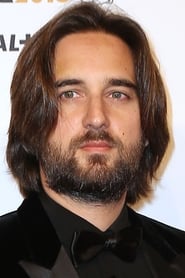 Dimitri Rassam (born 16 November 1981) is a French film producer and a member of the Monegasque princely family through marriage. Rassam is the son of actress Carole Bouquet and film producer Jean-Pierre Rassam. He has one half-brother, Louis, born in 1987 to his mother's relationship with the photographer Francis Giacobetti. Rassam was four years old when his father died from a drug overdose. Rassam finished secondary school at École Active Bilingue with a Bac scientifique, then prepped at Sciences Po. He began work on a business degree at HEC Paris, but changed course to earn a degree in history (from the Sorbonne) instead. At the age of 23, Rassam founded the production company "Chapter 2". His first credit as producer was the film Judas, directed by Nicolas Bury and Jérôme Fansten in 2006. In 2014, "Chapter 2" merged with Alexis Vonarb's Onyx Films and Aton Soumache's Method Animation to form "ON Entertainment". Method Animation is the parent company, with Soumache as CEO and Mediawan, which founded by Xavier Niel, Matthieu Pigasse, and Pierre-Antoine Capton as ultimate owner since 2018. Rassam has worked with various directors of animation films, including Mark Osborne, director of Kung Fu Panda and The Little Prince. Source: Article "Dimitri Rassam" from Wikipedia in english, licensed under CC-BY-SA 3.0.