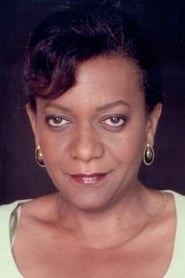 From Wikipedia Lorena Gale (May 9, 1958 – June 21, 2009) was a Canadian actress, playwright and theatre director. She was active onstage and in films and television since the 1980s. She also authored two award-winning plays, Angélique and Je me souviens. She appeared in such movies as Another Cinderella Story, Ernest Goes to School, Fantastic Four, Traitor, The Chronicles of Riddick, The Mermaid Chair, and The Exorcism of Emily Rose. She has guest starred on programs such as The X-Files, Stargate SG-1, Smallville and Kingdom Hospital. Until August 2005, she starred as Priestess Elosha on the SciFi Channel television program Battlestar Galactica. Her play, Angélique, the story of executed slave Marie-Joseph Angelique, was the winner of the 1995 duMaurier National Playwriting Competition in Canada. Gale's final film role was a librarian in Scooby-Doo! The Mystery Begins.