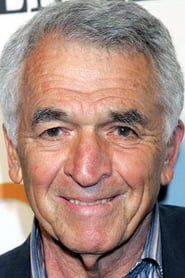 From Wikipedia, the free encyclopedia Alvin Sargent (April 12, 1927 - May 9, 2019) was an American screenwriter. He has won two Academy Awards in 1978 and 1981 for his screenplays of Julia and Ordinary People. His most popular contribution has been being involved in the writing of most of the films in Sony's Spider-Man film series (The Amazing Spider-Man 2 is the first exception to this). Sargent was born in Philadelphia, Pennsylvania. He graduated from Upper Darby High School in 1945. As of 2006, he is one of 35 alumni to be on the school's Wall of Fame. Sargent began writing for television in 1953 and through the 1960s he scripted episodes for Route 66, Ben Casey and The Alfred Hitchcock Hour. He collaborated on his first screenplay for a motion picture in 1966 and gained recognition for I Walk the Line and Paper Moon for which he won the WGA Award for Best Screenplay Based on Material from Another Medium and was nominated for an Academy Award. He won the Academy Award for Adapted Screenplay in 1978 for the film Julia and again in 1981 for Ordinary People. He collaborated on the 2004 screenplay for Spider-Man 2 and Spider-Man 3 released in 2007. He had a longtime relationship with producer Laura Ziskin; they were married from 2010 until her death in 2011. His brother was writer and producer Herb Sargent.