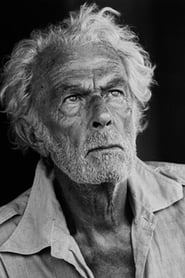 Friedrich Anton Maria Hubertus Bonifacius Graf von Ledebur-Wicheln (June 3, 1900 – December 25, 1986) was an actor who was known for Moby Dick (1956), Alexander the Great (1955) and Slaughterhouse-Five (1972). Ledebur was born in Austria-Hungary (later Poland) in 1900. Friedrich enlisted in the Austro-Hungarian Imperial Army in 1916, and was an officer in the Austrian Cavalry Division during the last years of World War I. In the 1930s Ledebur became a close friend of Charles Bedaux, with whom he traveled extensively in Africa and Canada. After the war, Ledebur spent the next two decades travelling the world, working all manner of odd jobs from gold mining to deep sea diving, to riding and winning prize money at rodeos. Ledebur settled in the United States in 1939 and anglicised his name to 'Frederick'. A close friendship with fellow adventurer and director John Huston, gave Ledebur his entrée to character acting. In 1945, von Ledebur made his film debut. He later appeared in Alexander the Great (1955), and played chief harpooneer Queequeg, a South Sea chieftain, in the film Moby Dick (1956). "Better a sober cannibal than a drunken Christian", Herman Melville's Ishmael famously says of Queequeg in the book and the film. He appeared as Brother Christophorus in The Twilight Zone episode "The Howling Man". Source: Article "Friedrich von Ledebur" from Wikipedia in english, licensed under CC-BY-SA 3.0.