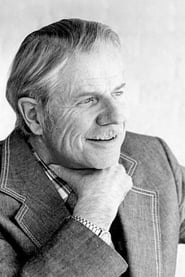 From Wikipedia, the free encyclopedia George Duning (February 25, 1908 – February 27, 2000) was an American musicial and film composer. He was born in Richmond, Indiana and educated in Cincinnati, Ohio at the Cincinnati Conservatory of Music, where his mentor was Mario Castelnuovo-Tedesco. In his early 20s Duning played trumpet and piano for the Kay Kyser band, later arranging most of the music for Kyser's radio program, Kollege of Musical Knowledge. It was during the Kyser band's appearance in Carolina Blues (1944) that Duning's work was noticed, leading to a Columbia contract. Duning joined the Navy in 1942 and served as a conductor and arranger with Armed Forces Radio. Film and TV career Morris Stoloff signed Duning to Columbia Pictures in 1946, where he worked almost exclusively through the early 1960s, collaborating most often with director Richard Quine. Prominent Duning scores are two of the best examples of western genre – the original 3:10 to Yuma, and Cowboy – and those he composed for films as diverse as Picnic, The World of Suzie Wong, The Devil at Four O'Clock, Bell, Book, and Candle and Toys in the Attic. Duning shared music adaptation credit with Nelson Riddle for the highly successful 1957 film adaptation of the Rodgers and Hart musical Pal Joey starring Frank Sinatra and Rita Hayworth. During his career, Duning worked on more than 300 film and television scores. His notable television work includes Tightrope, Star Trek, The Big Valley and Naked City, and TV miniseries, such as Top of the Hill (1980), The Dream Merchants (1980) and Goliath Awaits (1981). The quality of his work remained consistently and remarkably high in any medium. His last feature film was The Man with Bogart's Face (1980), and he retired in 1981. Nominated five times for an Academy Award, Duning never won. Duning was an active citizen of the music industry, serving on the ASCAP Board of Directors from 1972 to 1985, and as ASCAP Vice President from 1978 to 1979. He also served on the Board of the Academy of Motion Picture Arts and Sciences and was active in numerous other music industry organizations. In addition to his Academy Award nominations, Duning was also honored with awards from the Society for the Preservation of Film Music, Downbeat Magazine, the Hollywood Foreign Press Association and his home state of Indiana (1993 Indiana Composer of the Year).