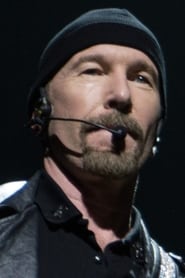 David Howell Evans (born 8 August 1961), better known by his stage name The Edge (or just Edge), is an Irish musician and songwriter best known as the lead guitarist, keyboardist, and backing vocalist of the rock band U2. A member of the group since its inception, he has recorded 14 studio albums with the band and one solo record. As a guitarist, the Edge has crafted a minimalistic and textural style of playing. His use of a rhythmic delay effect yields a distinctive sound that has become a signature of U2's music. Description above from the Wikipedia article The Edge licensed under CC-BY-SA, full list of contributors on Wikipedia.