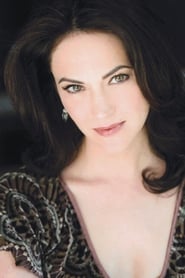 From Wikipedia, the free encyclopedia. Joanna C. Going (born 22 July 1963) is an American actress. Born in Washington, D.C., she was the oldest of six children of Lorraine M. (née Calise), a police dispatcher, and John Burke Going, a state assemblyman and lawyer. Raised in Newport, Rhode Island she graduated from Rogers High School in 1981, then attended Emerson College for two years before studying at the American Academy of Dramatic Arts. Going's childhood home in Newport was the Isaac Bell House, a 1883 McKim, Mead and White Shingle Style building on Bellevue Avenue. It is now a designated National Historic Landmark, owned by the Preservation Society of Newport County and is open as a museum. Description above from the Wikipedia article Joanna Going, licensed under CC-BY-SA, full list of contributors on Wikipedia​