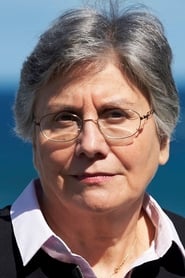 Valeria Sarmiento (born 29 October 1948) is a film editor, director and screenwriter best known for her work in France, Portugal and her native Chile. She has worked both in film and television, directing 20 feature films, documentaries and television series'. She is the widow of Chilean film director Raúl Ruiz (1941-2011) with whom she collaborated for decades as regular editor and co-writer. She has also edited films for Luc Moullet, Robert Kramer and Ventura Pons .From Wikipedia, the free encyclopedia