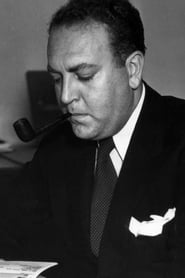 Born in the Russian Empire in 1904, Val Lewton (born Vladimir Ivanovich Leventon) moved with his mother and sister to Berlin in 1906, then to the United States in 1909. He wrote for newspapers, magazines, novels, pornography, etc. —often using pseudonyms to disguise their origin (the name Val Lewton was one such pseudonym, used first for some novels in the 1930s, then revived later in his career to take writing credit for two movies). In 1933 he got a job with David O. Selznick, where he spent many years as a story editor and jack-of-all-trades. Then in 1942 RKO hired him to head their new horror unit, where he made many famous and well-respected B-movies, for very low costs and high profits. In 1946, he “graduated” to A-movies, but increasing health problems, trouble working with big-money Hollywood, and other factors combined to force him to produce only three more movies before his death in 1951.