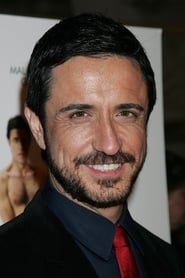 From Wikipedia, the free encyclopedia Craig Chester (born November 8, 1965 in West Covina, California) is an American actor and screenwriter. He is best known for his performances in independent films in the 1990s, starting with his debut in Swoon (1992), which earned him an Independent Spirit Award nomination. After appearing in several more independent films, he took a break from acting and wrote the autobiographical Why the Long Face?: The Adventures of a Truly Independent Actor (2003). The title refers to the congenital disorder long face syndrome, which Craig was diagnosed with when he was eleven years old and required years of surgery to correct. Chester's most recent projects are the 2007 film Save Me, for which he co-wrote the screenplay, and the 2005 film Adam & Steve, which he directed, wrote, and co-starred in. He is openly gay. Description above from the Wikipedia article Craig Chester, licensed under CC-BY-SA, full list of contributors on Wikipedia.