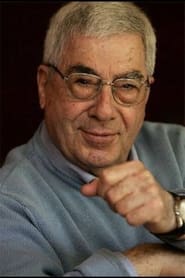 From Wikipedia, the free encyclopedia Rafael Azcona Fernández (24 October 1926 – 24 March 2008) was an awarded Spanish screenwriter and novelist who has worked with some of the best Spanish and international filmmakers. Azcona won five Goya Awards during his career, including a lifetime achievement award in 1998. He was born in the northern Spanish city Logroño on 24 October 1926. Azcona initially began his career writing for humor magazines. He became known as a screenwriter when he penned the screenplay for the film, El Pisito (The Little Apartment), which was based on his own novel. The 1959 film was directed by Italian film director, Marco Ferreri. Azcona teamed up with director Fernando Trueba in “Belle Époque,” which won an Academy Award for best foreign film in 1994. He collaborated with other Spanish directors including Luis Garcia Berlanga, Jose Luis Cuerda, Jose Luis Garcia Sanchez, Pedro Olea, and Carlos Saura. Azcona was also awarded the Spanish Fine Arts Gold Medal in 1994. Rafael Azcona died at his home in Madrid, Spain, on 24 March 2008, at the age of 81.