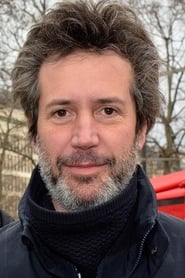 Antonin Baudry, born May 6, 1975, also known by the writing pseudonym Abel Lanzac, is a French diplomat specializing in cultural affairs, comic book author, screenwriter, and film director. After finishing his studies at lycée Louis-le-Grand, Antonin Baudry began at the École polytechnique in 1994, graduating as an engineer of bridges, water and forest. He graduated second in literature from École normale supérieure in Paris in 1998. and obtained a Diplôme d'études approfondies (DEA) en cinematography. In April 2004, he became a conseiller of Minister Dominique de Villepin at the Ministry of the Interior. From 2010 to 2014, he was the cultural counsellor at the French Embassy in Washington D.C., United States and counsellor for cooperation and cultural action at the French Embassy in Madrid, Spain. Under the pseudonym Abel Lanzac, he used his diplomatic experience to help him write the comic book Quai d'Orsay (2010-2011), in collaboration with Christophe Blain. After the second comic book in this series won the prix du meilleur album at the festival d'Angoulême 2013, he revealed his true identity. In 2014, he founded Albertine, the only French-language bookstore in New York. Named for the mysterious beloved in Marcel Proust's novel In Search of Lost Time, the bookstore shares the Payne Whitney House with the Cultural Services arm of the French embassy. On January 28, 2015, Baudry was appointed as Ambassador for French Culture at the Institut français. He resigned after a few months to work on personal projects. He was president of the jury for the 43rd festival international de la bande dessinée in January 2016. In 2019, he directed his first film, Le Chant du loup, a submarine thriller. Source: Article "Antonin Baudry" de Wikipédia en français, soumis à la licence CC-BY-SA 3.0.