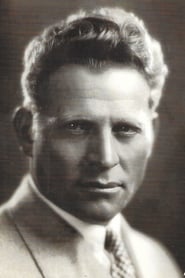 From Wikipedia Fred Kohler (April 20, 1888 – October 28, 1938) was an American actor known for his playing heavies. Fred Kohler was born in Kansas City, Missouri. As a teen, he began to pursue a career in vaudeville, but worked other jobs to support himself. He lost part of his right hand in a mining accident during this time. Eventually he was able to join a touring company, and worked steadily in show business for several years. America's budding film industry drew a 20-something Kohler to Hollywood, where he made his start in silent films. His first role was in the 1911 short The Code of Honor, and he had an uncredited role in Cecil B. DeMille's feature film Joan the Woman (1917), but a steady stream of parts did not begin until The Tiger's Trail (1919). Kohler's stern features earned him a niche playing villains. His role as Bauman in The Iron Horse (1924) is a notable example. With the advent of the talkies, Kohler reprised many of his silent roles in remakes with sound, particularly in Westerns based on novels by Zane Grey. At the beginning of the sound era, he appeared in the Allan Dwan film Tide of Empire (1929) alongside Renée Adorée and Tom Keene. Kohler died of a heart attack on October 28, 1938 at age 50. He was buried in an unmarked grave at Inglewood Park Cemetery in South Los Angeles community of Inglewood, California. His son Fred Kohler, Jr. (1911–1993) was also an actor in many western films.