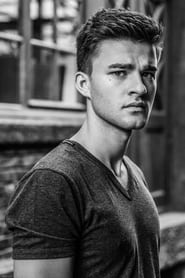 Patrick Mölleken, born on the 27th September 1993 near Düsseldorf, is an award-winning German actor and producer.First stage experience he gained was at the age of five. At age ten he received his first TV role in „Alarm für Cobra 11“. Since then he has been part of more than 100 film and TV productions, among others award-winning features such as „Ihr könnt Euch niemals sicher sein“, „Rommel“, „Tatort – Hundstage“, „Shattered Night – November 9, 1938“, „King Laurin“ and „The Last Supper“.His teamwork with German rapper Eko Fresh on the anti racism viral video „ABER” (more than 10 Mio. clicks) has recently been presented with the „Webvideo Award 2018 – Special Award for Social Responsibility by the European Union”.Furthermore Patrick Mölleken is working as a voice actor on audiobooks, radio dramas and dubbings.In 2010 he received the Deutscher Hörbuchpreis for „Wie man unsterblich wird“ („Ways to live forever“).