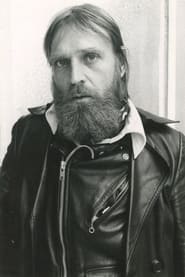 Daniel Pommereulle passed away in December 2003, leaving a very diverse and complexe but also peculiar and premonitory work. According to Alain Jouffroy's phrase, he was associated to the "Objectors" (les "Objecteurs"). Despite some important exhibitions (Fin de siècle presented in 1975 at National Center for Contemporary Art - Georges Pompidou, or the retrospective exhibitions at the Dole and Belfort museums in 1991) and a growing aura, this work, certainly one of the most importants of the second half of the 20th century in France, remains unknown and secret. From the 1980's to the 1990's he concentrates on the transparency theme with layouts of glass, paper and steel. As an actor, he started with Eric Rohmer's La Collectionneuse in 1967 and played in a dozen of movies, among which François Truffau's La mariée était en noir ( The Bride Wore Black), Jean-Luc Godard's Week-End and Les Idoles by Marc'O are noteworthy. In 1972, he takes part in La Cicatrice Intérieure (The Inner Scar) by Philippe Garrel whom he'll join again 27 years later for Le Vent de la nuit(Night Wind).As a film director One More Time (1967) and Vite(Fast, 1969) are the most noticeable movies for which he successively created a suicide machine and shot sequences through a telephoto lens or a telescope, leading to an apology of the desert and the planet Saturn.