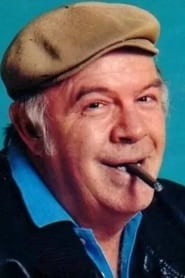 Jess Hahn's career is a bit of an oddity, being one of very few American actors to establish himself in French cinema in the early 1960's. He acted exclusively in French productions for the duration of his career with the exception of the Marlon Brando vehicle "The Night of the Following Day" in 1968, which was filmed in France. He also appeared in several international coproductions and low budget films by French exploitation director Jean Marie Pallardy, for which he is arguably best-known to contemporary audiences.