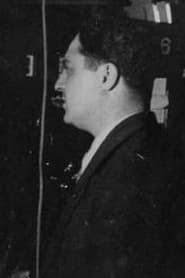 Largely misunderstood, at best considered a little master of an Italian cinema in full revival after the war thanks to neo-realism, Raffaello Matarazzo is nevertheless the author of some sumptuous melodramas whose success was spectacular in post-fascist Italy. Matarazzo started writing film reviews for the Roman newspaper Il Tevere before re-editing scripts for the Italian film company Cines. His first films were comedies until he shifted to making melodramas. With Catene, produced by Titanus in 1949, he became the most successful director in Italy. Audience loved his melodramas. Critics, however, have tended to disparage his work, saying that Matarazzo films were Neorealismo d'appendice. Since the 1970s, some film critics have tried to restore Matarazzo's reputation. French magazine Positif loved his erotic-historical peplum The Ship of Lost Women.