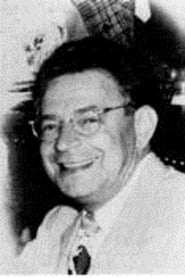 From Wikipedia, the free encyclopediaDavid L. Snell (10 September 1897, Milwaukee, Wisconsin – 27 March 1967, Glendale, California) was a pianist, conductor, composer and music director. He composed the music for over 170 shorts, series or feature films.Snell studied at the Wisconsin Conservatory of Music, Wisconsin College and the Meyer Conservatory of Music. He formed his own orchestra, and was the musical director for several stage productions.He joined Metro-Goldwyn-Mayer's music department in 1937, turning out music for a range of films from low-cost "B" movies to expensive features. He would spend his entire film career with MGM. He was conductor, composer, and music director for MGM for twenty-one years. The work could be high pressure. In November 1938 Franz Waxman had just five days to put together the fifty-minute score for A Christmas Carol so it could be released in time for the holiday season. Snell helped out, writing the opening and closing credit cues and half a dozen other cues based on themes provided by Waxman.Snell wrote music for many full-length films, shorts and B-movie series such as Dr. Kildare, Maisie and The Thin Man. His songs include Under The Stars, Downstream Drifter, Come Back Little Girl Of Mine and Once Over Lightly. His scores often showed first-rate craftsmanship, but his work has generally been ignored, perhaps because in most cases he chose to simply underscore the dialog as opposed to contributing complementary musical ideas. However, for the 1947 Lady in the Lake, based on the Raymond Chandler novel and set around Christmas time, Snell chose to use a choir singing a cappella, providing an austere and effective "black and white" score to accompany the stark black and white cinematography. The moody music echoed Christmas carols.David L. Snell died in 1967.