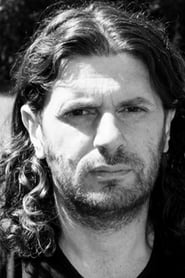 Simone Massi was Born in Pergola (Pesaro-Urbino, Italy) on May 1970. Ex-worker, of peasants origin, he studied Film Animation at the Art School of Urbino. Independent animator, from 20 years he is trying -in a clean way- to make his passion for drawing become a job. Despite the difficulties he has conceived and realized (alone and entirely by hand) a dozen small animation films that have been shown in 62 Countries of 5 Continents and have collected over 200 awards.