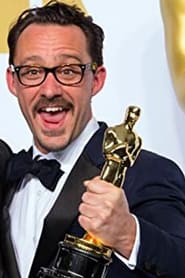 Mat Kirkby is an Oscar winning writer/director, directing over 100 commercials & music videos out of Ridley Scott Associates in London, with videos for Adele, Muse and Fatboy Slim, over 500 million hits on Youtube, and ads for Nike, Playstation and some french deep fried dog biscuits called 'Frolic' (banned in the UK). He likes owls. He set the world record for 'Most Consecutive Bikini Waxes' for his Fatboy Slim video 'Bushes'. He won an Oscar and tripped up the stairs. His greatest achievement to date remains reaching 8th Dan at 'Yee-Arr Kung-Fu' on the Amiga 64 in 1982.