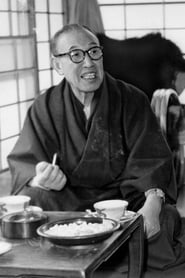 Uchida started out at the Taikatsu studio in the early 1920s, but came to prominence at Nikkatsu, adapting literary works with the screenwriter Yasutarō Yagi in a realist style. His 1929 film A Living Puppet (Ikeru ningyo) was selected as the fourth best film of the year by the film journal, Kinema Junpo. Many of his 1930s films featured the actor Isamu Kosugi. One such work, Policeman (Keisatsukan), has been called "a tremendously stylish gangster movie about the love-hate relationship between a cop and a criminal, once childhood friends" It is Uchida’s only surviving complete silent film. Uchida borrows from Hollywood gangster films and expressionist techniques in a story of a young policeman tracking down an old friend who is now a criminal. His work from the 1920 and 1930s possess a leftist social commentary and were often some of the most critically acclaimed films of the time. Kinema Junpo selected Jinsei Gekijo as the number two film of 1936, Karininaki Zenshin as the best film of 1937, and Tsuchi as the best film of 1939. The latter was praised for its realistic depiction of the lives of poor Meiji-period tenant farmers. Unfortunately, few of Uchida's prewar works survive in their entirety.In 1941, Uchida quit the Nikkatsu studio, and after failing to start his own production company, in 1943 began to work with the Manchukuo Film Association, although he never completed a film there. In 1945 he was taken prisoner and held in Manchuria until 1954, when he returned to Japan.Upon he return, he joined the Toei studio. His post-war movies reveal a strong genre stylist with no immediately discernible themes, much like many golden-age Hollywood directors. Uchida effortlessly directed chamber dramas, comedies, and samurai epics, often in color, and with a forward-looking dose of irony.