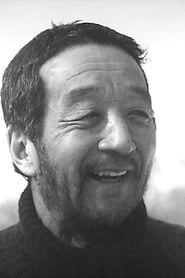 Kunie Tanaka (田中 邦衛 Tanaka Kunie, born November 23, 1932) is a Japanese actor. He had his first notable role in 1960 as a thug in Akira Kurosawa's The Bad Sleep Well, and worked with the director again on Sanjuro. Tanaka is well known for his roles in Kinji Fukasaku's yakuza films, namely the Battles Without Honor and Humanity series. He also appeared in Masaki Kobayashi's Kwaidan.He has been nominated for five Japanese Academy Awards, winning the Best Supporting Actor statuette for Gakko in 1993. He appeared as the lecherous Shinjiro Ishiyama, nicknamed Aodaishō, the antagonist of the hero, played by Yūzō Kayama, in all of the Wakadaishō series of films. The character Kizaru, from Eiichiro Oda's manga series One Piece, is modeled after Tanaka.