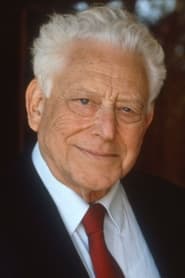 The name is "Maibaum, Richard Maibaum".....the brilliant screenwriter who adapted the Ian Fleming 007 novels into the highly entertaining screenplays of nearly every James Bond film from Dr. No (1962) through to Licence to Kill (1989). Maibaum attended New York University, then studied acting at the University of Iowa. By the time he was in his late twenties, Maibaum was a well established Broadway actor and playwright. He entered films as a screenwriter in 1937, spending the war years with the army's Combat Film Division. In 1946, he joined Paramount as both screenwriter and producer, contributing to such films as The Big Clock (1948) and The Great Gatsby (1949). From advice that making films abroad was an excellent tax shelter, Maibaum formed a partnership in the 1950s with producers Irving Allen and Albert R. Broccoli This led to his involvement in the phenomenally successful James Bond series of the 1960s and 1970s and, after Ian Fleming, Maibaum has arguably been the person most responsible for shaping the image of the screen's most famous spy!