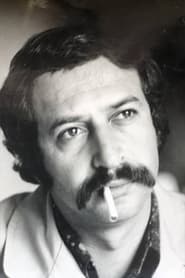 Felipe Cazals (July 28th, 1937 - October 16th, 2021) was a Mexican film director, screenwriter and producer. Along with Arturo Ripstein, Jaime Humberto Hermosillo and Jorfe Fons, he is considered one of the most representative film directors of his generation. His masterworks The Humilliated (Las inocentes, 1986), Las Poquianchis (1976), The Heist (El Apando, 1976) and Canoa (1976), make him to be considered as one of the most creative and bitter-critic filmmaker in the history of Latin-American movies. Canoa was entered into the26th Berlin International Film Festival, where it won the Silver Bear - Special Jury Prize. His 1973 film Thoe Years (Aquellos Años, 1974) was entered into the 8th Moscow International Film Festival where it won a Special Prize.