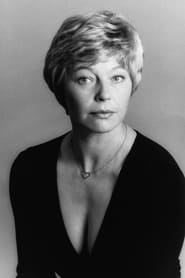 From Wikipedia, the free encyclopedia. Rosemary Leach (18 December 1935 – 21 October 2017) was a British stage, television and film actress and singer. She was born at Much Wenlock, Shropshire. Her parents were teachers related to Edmund Leach. She attended grammar school and RADA. After appearing in repertory theatres and the Old Vic she became well known to UK TV viewers between 1965-69 for playing Susan Wheldon, the mistress of building tycoon John Wilder (Patrick Wymark) in the TV boardroom drama The Power Game. Subsequently she became a familiar face on British television. In 1973, she played Aldonza/Dulcinea in the BBC production of Don Quixote (retitled The Adventures of Don Quixote), starring Rex Harrison and Frank Finlay. In 1981 she played Emilia opposite Bob Hoskins's Iago in the BBC Shakespeare's production of Othello. In 1982 she played Aunt Fenny in The Jewel in the Crown. Rosemary played a leading role as smitten Joan Plumleigh-Bruce in the six part ITV 1987 production of The Charmer (TV series) which starred Nigel Havers. In 1987, she was nominated for BAFTA's Best Supporting Actress for A Room with a View (1985). In 1992, Leach starred in An Ungentlemanly Act, a BBC television film about the first days of the invasion of the Falkland Islands in 1982, portraying the real-life Lady Mavis Hunt, wife of the islands' then-governor, Sir Rex Hunt. Leach plays the part of Anna in BBC Radio 4's No Commitments, and Susan Harper's mother in My Family. She made a guest appearance as 'Bessie' on Waterloo Road (the TV series), in Series 3 Spring Term. Since 1994, she has made occasional appearances in The Archers as Ellen Rogers, the ex-pat aunt of Nigel Pargetter. In 2001 Leach played a leading role as a charming murderess in Destroying Angel, an episode of Midsomer Murders. Recently she has played Queen Elizabeth II three times: in the 2002 television movie Prince William; in a 2006 updated edition of The Afternoon Play, entitled Tea with Betty; and in 2009's Margaret. Description above from the Wikipedia article Rosemary Leach, licensed under CC-BY-SA, full list of contributors on Wikipedia.