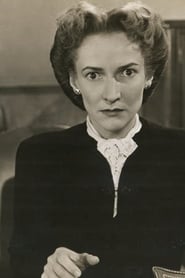 From Wikipedia, the free encyclopedia Lillian Bronson (October 21, 1902 - August 2, 1995) was an American character actress. She performed in over 80 films, 60 of the films from 1939 to 1964, and appeared in over one hundred television productions from 1949 to 1975. Bronson was born Lillian Rumsey Bronson in Lockport, New York, the daughter of a carriage builder, and attended the University of Michigan. She began her artistic career by performing plays at Broadway. During the Great Depression, Bronson and her late sister, Dorothy, opened the Bronson Studio in New York, designing and making toy animals and pillows. In 1943, Bronson appeared in the movie Happy Land as Mattie Dyer and on television in the episode "The Druid Circle" of The Philco Television Playhouse, that aired on March 6, 1949, in the role of Miss Dagnall. She then appeared in a long series of minor characters for many television series episodes from the early days of television until the mid-1970s, including many western genres. She became widely known for her role as the grandmother in the Kings Row television series. Bronson's final appearance on the small screen was as "Grandma Nussbaum", Fonzie's grandmother, in the episode "Fonzie Moves In" of the ABC-TV sitcom series Happy Days, which aired on September 9, 1975. Her final big screen appearance was in the film Kisses for My President (1964), in which she plays the part of Miss Currier.