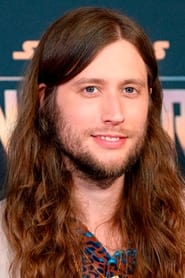 Ludwig Göransson (born September 1, 1984) is a Swedish composer, conductor, and record producer. His work includes Fruitvale Station, the Rocky franchise entries Creed and Creed II, and Venom. For his work on the 2018 superhero film Black Panther, he won the Grammy Award for Best Score Soundtrack for Visual Media and the Academy Award for Best Original Score, as well as a nomination for the Golden Globe Award for Best Original Score. Göransson is known for his work on U.S. TV sitcoms Community, Happy Endings, and New Girl. As a producer, he has frequently collaborated with Childish Gambino, producing his studio albums 'Camp', 'Because the Internet' and 'Awaken, My Love!' among others. Göransson's producing work on Gambino's single "This Is America" was met with acclaim and accolades. The song earned him two Grammy Awards for Record of the Year and Song of the Year, respectively. Overall, his work with Gambino earned him six Grammy Award nominations.