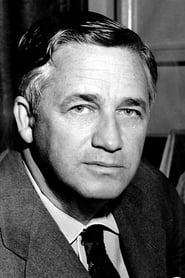 Mervyn LeRoy was an American film director, producer, and sometime actor.LeRoy worked in costumes, processing labs and as a camera assistant until he became a gag writer and actor in silent films, including The Ten Commandments in 1923. LeRoy credits Ten Commandments director, Cecil B. DeMille, for inspiring him to become a director: "As the top director of the era, DeMille had been the magnet that had drawn me to his set as often as I could go." LeRoy also credits DeMille for teaching him the directing techniques required to make his own films.His first directing job was with First National Pictures on 1927's No Place to Go. LeRoy ended up working at Warner Bros. after they took control of First National. When his movies made lots of money without costing too much, he became well received in the movie business. He directed two key films which launched Edward G. Robinson into major stardom, the Oscar-nominated critique of tabloid journalism Five Star Final, and the classic gangster film Little Caesar, which made his mark. From that point forward, LeRoy would be responsible for a diverse variety of films as a director and producer. The following year's I Am a Fugitive from a Chain Gang was also nominated for the Academy Award for Outstanding Production as was his Anthony Adverse.In 1938 he was chosen as head of production at MGM, where he was responsible for the decision to make The Wizard of Oz. He was responsible for discovering Clark Gable, Loretta Young, Robert Mitchum, and Lana Turner. His 1941 film Blossoms in the Dust was nominated for the Academy Award for Outstanding Motion Picture. His first big hit as a director with MGM was 1942's Random Harvest which was their biggest of the season earning worldwide rentals of $8 million and for which he was nominated for the Academy Award for Directing. The film was also nominated for the Academy Award for Outstanding Motion Picture. He hit big again two years later with Thirty Seconds Over Tokyo with rentals of $6 million.In 1951, he scored his biggest hit with Quo Vadis earning worldwide rentals of $21 million as well as a nomination for the Academy Award for Best Motion Picture. In the early 1950s, LeRoy directed such musicals as Lovely to Look At, Million Dollar Mermaid, Latin Lovers and Rose Marie.He returned to Warner Brothers in 1955, where he took over from John Ford as director on Mister Roberts, another big hit, which was also nominated for the Academy Award for Best Motion Picture. He also directed films for Warners such as The Bad Seed, No Time for Sergeants, The FBI Story, and Gypsy.He received an honorary Oscar in 1946 for The House I Live In, "for tolerance short subject", and the Irving G. Thalberg Memorial Award in 1976. A total of eight movies Mervyn LeRoy directed or co-directed were nominated for Best Picture at the Oscars, one of the highest numbers among all directors.