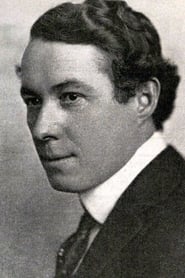 ​From Wikipedia, the free encyclopedia Henry Brazeale Walthall (March 16, 1878 – June 17, 1936) was an American stage and film actor. He appeared as the Little Colonel in D. W. Griffith's The Birth of a Nation (1915). In New York in 1901, Walthall won a role in Under Southern Skies by Charlotte Blair Parker. He performed in the play for three years, in New York and on tour. With the company of Henry Miller he gained recognition on Broadway in plays including Pippa Passes, The Only Way and William Vaughn Moody's The Great Divide (1906–08). His fellow cast member James Kirkwood introduced Walthall to D. W. Griffith, and at the conclusion of that engagement, Walthall joined the Biograph Company. His career in movies began in 1909 at Biograph Studios in New York with a leading role in the film A Convict's Sacrifice. This film also featured James Kirkwood, and was directed by D. W. Griffith, a director that played a huge part in Walthall's rise to stardom. As the industry grew in size and popularity, Griffith emerged as a director and Walthall found himself a mainstay of the Griffith company, frequently working alongside such Griffith regulars as Owen Moore, Kate Bruce, Lillian and Dorothy Gish, Mae Marsh, Bobby Harron and Jack and Mary Pickford. He followed Griffith's departure from New York's Biograph to California's Reliance-Majestic Studios in 1913. After a few months with Reliance, he joined Pathé for a short period. He decided to go into the producing business and formed The Union Feature Film Company, the first to be devoted entirely to full-length films. The venture was not successful, however, and he again became associated with Griffith's company. Given the relatively short length of films in the early years, Walthall frequently found himself cast in dozens of films each year. He gained national attention in 1915 for his role as Colonel Ben Cameron in Griffith's highly influential and controversial epic, The Birth of a Nation. Walthall's portrayal of a Confederate veteran rounding up the Ku Klux Klan won him large-scale fame, and Walthall was soon able to emerge as a leading actor in the years leading up to the 1920s, parting ways with Griffith. Walthall continued working in films through the 1920s, appearing in The Plastic Age with Gilbert Roland and Clara Bow. He portrayed Roger Chillingworth in Victor Seastrom's 1926 adaptation of The Scarlet Letter opposite Lillian Gish. Walthall continued his career into the 1930s. After his performance in director John Ford's 1934 film Judge Priest starring Will Rogers he enjoyed a golden period of his career. He portrayed Dr. Manette in A Tale of Two Cities (1935), starring Ronald Colman. In 1936 he appeared as Marcel in The Devil-Doll. He was gravely ill during his final film, China Clipper. Frank Capra wanted Walthall to portray the High Lama in his 1937 film, Lost Horizon. "Frail and failing, he died before we could test him," Capra wrote. Walthall has a star on the Hollywood Walk of Fame located at 6201 Hollywood Boulevard.