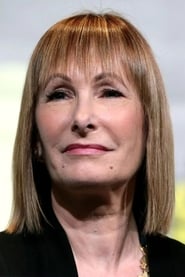 Gale Anne Hurd (born October 25, 1955) is an American film and television producer, the founder of Valhalla Entertainment (formerly Pacific Western Productions), and a former recording secretary for the Producers Guild of America. She joined New World Pictures as executive assistant to Roger Corman, the company president. She worked her way up through various administrative positions and eventually became involved in production. She formed her own production company, Pacific Western Productions, in 1982 and went on to produce a number of box-office hits including the James Cameron films The Terminator (1984, the screenplay for which she co-wrote with Cameron, her sole screenwriting credit), Aliens (1986), and The Abyss (1989). In 2010, the drama series she produced, The Walking Dead, began airing on AMC. Description above from the Wikipedia article Gale Anne Hurd, licensed under CC-BY-SA, full list of contributors on Wikipedia.