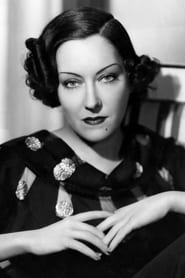 From Wikipedia, the free encyclopediaGloria Swanson (March 27, 1899 – April 4, 1983) was an American actress. She was one of the most prominent stars during the silent film era as both an actress and a fashion icon, especially under the direction of Cecil B. DeMille, made dozens of silents and was nominated for the first Acadamy Award in the Best Actress catagory. In 1929, Swanson successfully transitioned to talkies with The Trespasser. However, personal problems and changing tastes saw her popularity wane during the 1930s when she moved into Theater and TV. Today she is best known for her role as Norma Desmond, a faded silent film start, in the critically aclaimed film Sunset Boulevard (1950).Description above from the Wikipedia article Gloria Swanson, licensed under CC-BY-SA, full list of contributors on Wikipedia. ​