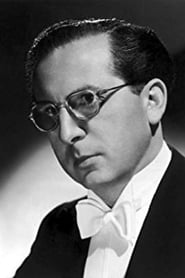 From Wikipedia, the free encyclopediaFranz Waxman (né Wachsmann; 24 December 1906 – 24 February 1967) was a German and American composer of Jewish descent, known primarily for his work in the film music genre. His film scores include Bride of Frankenstein, Rebecca, Sunset Boulevard, A Place in the Sun, Stalag 17, Rear Window, Peyton Place, The Nun's Story, and Taras Bulba. He received twelve Academy Award nominations, and won two Oscars in consecutive years (for Sunset Boulevard and A Place in the Sun). He also received a Golden Globe Award for the former film. Bernard Herrmann said that the score for Taras Bulba was "the score of a lifetime."He also composed concert works, including the oratorio Joshua (1959), and The Song of Terezin (1965), a work for orchestra, chorus, and children's chorus based upon poetry written by children in the Theresienstadt concentration camp during World War II. Waxman also founded the Los Angeles Music Festival in 1947 with which he conducted a number of West Coast premieres by fellow film composers, and concert composers alike.