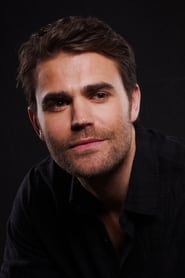 Paweł Tomasz Wasilewski, known professionally as Paul Wesley, is an American actor, writer, director and producer. In addition to English, he also speaks Polish, having spent four months of every year in Poland until the age of 16. His television debut was on the now-defunct soap, NBC's Another World where he portrayed the character of 'Sean McKinnon'. In 2001, Wesley, then credited as Paul Wasilewski, was one of the main cast members of the short-lived CBS television series Wolf Lake, playing the role of Luke Cates.  Wesley has also had a number of roles in television shows such as 24, 8 Simple Rules, American Dreams, Army Wives, Cane, Everwood, Guiding Light, Smallville, and The O.C.. He is best known for starring as Stefan Salvatore on the supernatural drama series The Vampire Diaries, as well as his role as James T. Kirk in the Paramount+ original series Star Trek: Strange New Worlds. Throughout the years, he has also appeared in a variety of films. He appeared in the 2008 CBS television film The Russell Girl, and had the lead role in the 2007 ABC Family miniseries Fallen and its' sequels.