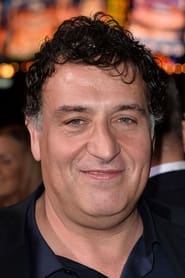 Though he eventually built a trademark reputation as a director of offbeat feature films, Noam Murro undertook a most circuitous route into Hollywood. Born in Israel, Murro originally trained as an architect in his boyhood town of Jerusalem, NY, then entered the advertising industry, with a lengthy tenure in the creative department of Gotham's Goldsmith/Jeffrey Agency. During that stint, he became known for his deft and original hand at directing promotional films via his own production banner, Biscuit Films (co-run with Shawn Lacy Tessaro); their clients included such brands as Saturn, E*Trade, and FreeAgent.com. In time, Murro and Tessaro migrated to the advertising-based production house Stiefel & Co., in Southern California, then set up a new production banner for themselves. In the years to follow, talk swirled of Murro's pending feature activity -- including, at one point, his plans to direct The Ring Two for DreamWorks (an assignment eventually handled by Hideo Nakata, the director of the original Japanese film) and the black comedy All Families Are Psychotic; however, Murro eventually took his first high-profile feature bow with the 2007 comedy Smart People. The film stars Thomas Haden Church, Dennis Quaid, and Sarah Jessica Parker, and concerns a professor (Quaid) who grapples with a new romance and the doings of a shady brother.