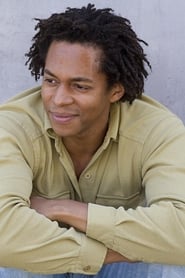 From Wikipedia, the free encyclopedia.Shedrack Anderson III (born February 4, 1977) is an American actor. Shedrack Anderson III appeared in the hit teen series Just Deal as the lovable Jermaine Green. He starred as Tommy in Lifetime's Gracie's Choice alongside Diane Ladd and Anne Heche. He made his film debut as one of the Lost Boys in Steven Spielberg's Hook. He then starred in Warriors of Virtue 2, and guest starred on the television series Boston Public, The Parkers, Hollywood Lives, Hip Hop Massive and The Division. Anderson is a recurring star on Disney's hit show Phil of the Future. Anderson attended the Los Angeles County High School for the Arts, where he was honored with the Emerging Artist of the Year Award from PBS. After high school, he attended the Juilliard School in New York, where he became interested in dance. He was a member of Ballet Hispanico of New York and became an assistant choreographer for Alvin Ailey American Dance Theatre. Shedrack has starred in many films,tv shows and documentaries.Shedrack wrote, directed, and stars in the upcoming film Blood River with fellow lost boy Dante Basco. He was also a lead in the third series of The Rookie, a spin-off of 24 Shedrack began his own production company in 1999 to produce his own films.Description above from the Wikipedia article Shedrack Anderson III, licensed under CC-BY-SA, full list of contributors on Wikipedia.