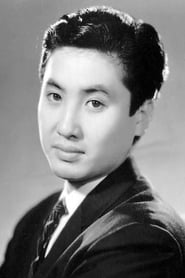 From Wikipedia, the free encyclopediaYorozuya Kinnosuke (萬屋錦之介) was a Japanese kabuki actor. Born Kin'ichi Ogawa (小川 錦一 Ogawa Kin'ichi), son of kabuki actor Nakamura Tokizō III, he entered kabuki and became the first in the kabuki tradition to take the name Nakamura Kinnosuke. He took on his guild name (yagō) Yorozuya as his surname in 1971.In addition to his kabuki activity, Kinnosuke had an extensive film career. A specialist in jidaigeki, Kinnosuke appeared in more than 140 films. These include a 1957 Mito Kōmon and a 1961 appearance as the title character in the Toei Company's Miyamoto Musashi series (a role he reprised in 1962, 1963, 1964, and 1965, and again in 1971). A versatile actor, he has played as many as seven characters in a single film.