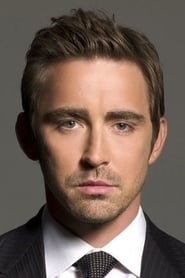 Lee Grinner Pace (born March 25, 1979) is an American actor. Pace has been featured in film, stage and television. He currently stars as protagonist Joe MacMillan in AMC's Halt and Catch Fire. He also played Roy Walker/the Masked Bandit in the 2006 film The Fall. He has appeared in film series, including The Twilight Saga: Breaking Dawn – Part 2 as Garrett and The Hobbit trilogy as Thranduil. He played villain Ronan the Accuser in the film Guardians of the Galaxy, and starred as Ned in the ABC series Pushing Daisies for which he was nominated for the Golden Globe Award and Primetime Emmy Award for Outstanding Lead Actor in a Comedy Series in 2008. Description above from the Wikipedia Lee Pace licensed under CC-BY-SA, full list of contributors on Wikipedia.