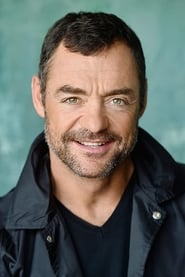 David was born in 1971. David's career started in theater in South Africa in 1990. His most recent stage credits include :"I love you, You're perfect, Now change"; "The Official Tribute to the Blues Brothers"; "The Return to the Forbidden Planet" and "The Rocky Horror Show". He has an extensive list of commercial credits, a few of which have garnered awards world-wide. "Final Solution" is his first major film credit. His performance in the film has stirred up enough interest in The United States to land him a top U.S. Agent. He has just completed a co-starring role in the hit television series "Fastlane" on the Fox network for Warner Bros. and guest appearance in the series “Charmed”. He recently returned home to star in the “Isidingo” mini series “THE TRUTH” and will be shooting in Maputo on Ed Zwick’s film “Blood Diamond”.