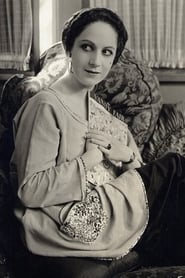 From Wikipedia, the free encyclopedia Claire Du Brey (born Clara Violet Dubrey, August 31, 1892 – August 1, 1993) was an American actress. She appeared in more than 200 films between 1916 and 1959. Her name is sometimes rendered as Claire Du Bray or as Claire Dubrey. Du Brey's screen career began with Universal Studios and she played at one time or another with almost all the larger companies. More notable films in which she appeared were Anything Once (1917), Social Briars (1918), The Devil's Trail (1919), What Every Woman Wants (1919) and Dangerous Hours (1919). Other films include The Wishing Ring Man, The Spite Bride, The World Aflame, and The Walk Offs. Her career declined with the sound era and she later played mostly small roles. Du Brey was proficient in athletics, excelling in swimming, riding, golfing, tennis and motoring. She was five feet seven inches high, weighed 130 pounds and had auburn hair and brown eyes, and took a lively interest in horticulture.