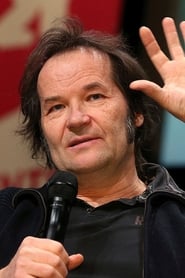 Peter Zeitlinger A.S.C. (born 6 June 1960 in Prague) is an Czechoslovakian-born Austrian cinematographer, who has worked with the director Werner Herzog since 1995. Their film Encounters at the End of the World was nominated for the Academy Award 2009. Peter Zeitlinger studied from 1980 - 1987 at the University of Music and Performing Arts, Vienna. He was influenced by Michael Snow and Peter Kubelka followed by Vittorio Storaro, Sven Nykvist and Vilmos Zsigmond. Zeitlinger's films have received considerable critical acclaim and achieved popularity on the art house circuit. He is represented by the Gersh Agency and is a member of the German Film Academy. Peter Zeitlinger is Professor of Cinematography at the University of Television and Film Munich