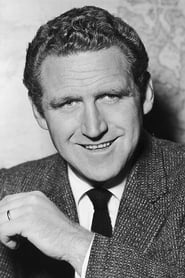 From Wikipedia, the free encyclopedia James Allen Whitmore Jr. (October 1, 1921 – February 6, 2009) was an American film, theatre, and television actor. During his career, Whitmore won three of the four EGOT honors; - a Tony, a Grammy, and an Emmy. Whitmore also won a Golden Globe and was nominated for two Academy Awards. Following World War II, Whitmore appeared on Broadway in the role of the sergeant in Command Decision. Metro-Goldwyn-Mayer gave Whitmore a contract, but his role in the film adaptation was played by Van Johnson. His first major picture for MGM was Battleground, in a role that was turned down by Spencer Tracy, to whom Whitmore bore a noted physical resemblance. He was nominated for the Academy Award for Best Supporting Actor for this role, and won the Golden Globe Award as Best Performance by an Actor In A Supporting Role. Other major films included Angels in the Outfield, The Asphalt Jungle, The Next Voice You Hear, Above and Beyond, Kiss Me, Kate, Them!, Oklahoma!, Black Like Me, Guns of the Magnificent Seven, Tora! Tora! Tora!, and Give 'em Hell, Harry!, a one-man show for which he was nominated for the Academy Award for Best Actor for his portrayal of former U.S. President Harry S Truman. In the film Tora! Tora! Tora!, he played Admiral William F. "Bull" Halsey. Whitmore appeared during the 1950s on many television anthology series. He was cast as Father Emil Kapaun in the 1955 episode "The Good Thief" in the ABC religion anthology series Crossroads. Other roles followed on Jane Wyman Presents the Fireside Theater, Lux Video Theatre, Kraft Theatre, Studio One in Hollywood, Schlitz Playhouse, Matinee Theatre, and the Ford Television Theatre. In 1958, he carried the lead in "The Gabe Carswell Story" of NBC's Wagon Train, with Ward Bond. Whitmore has a star on the Hollywood Walk of Fame at 6611 Hollywood Boulevard. The ceremony was held on February 8, 1960.